Today has been mostly spent thinking about the good and bad bits of 2014 and wondering how 2015 will pan out.

It has also been spend sleeping on the sofa / attempting to watch a Star Wars DVD. I ordered all 6 DVDs on Amazon last week and promised myself I would watch them on all New Year’s Day. However I started watching A New Hope but dozed off shortly after Obi Wan Kenobi turned into a heap of brown cloth. When I woke up Luke Sky Walker and Hans Solo were receiving medals from Princess Leia. What happened?

Anyway – 6 DVDs for another day.

I thought about about my New Year’s Resolutions and came up with a list as long as my arm.

I have not written them down because it all felt a bit cheesy but I started with a New Year’s Day merienda. It encompasses a number of resolutions that I had made in the preceding 30 minutes. 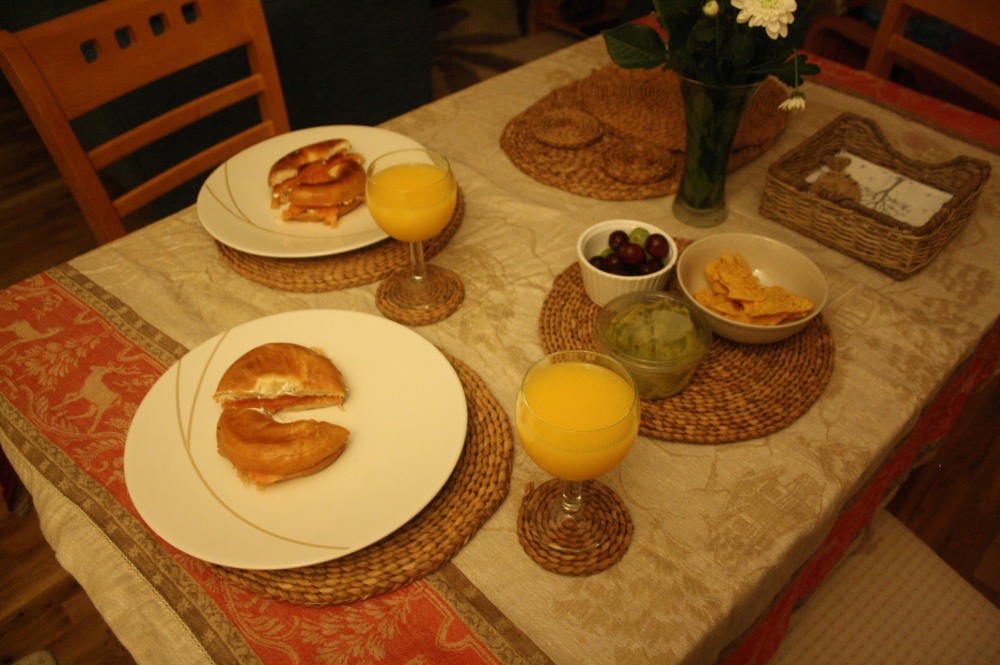